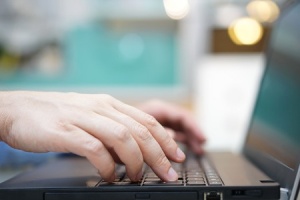 have great appreciation for the editing process. My wife, Sheila, is an editor — a very good one — and I have benefited from her input on just about everything I’ve written during the past seventeen years. Coming from a software background, I liken editing to quality assurance — a critical step that turns a raw piece of work into a product worth releasing. I have written in this blog about the positive impact editors have had on my writing, and I could not stress strongly enough to any aspiring writer the value of hiring — and listening to — a professional editor.

Like anything positive, the editing process has a downside. For my forthcoming novel, Goodnight Sunshine, I had the benefit — and the challenge — of working with two different editors. Sheila, upon reading my first draft, provided some broad feedback — which sent me back into the coffee shops to create a second draft. She then completed a thorough edit of draft two, focusing on logic, believability, style and language. Her detailed feedback was extremely helpful, but her overall message was a bit disheartening: whereas my first draft was perhaps too raw, my second draft had been watered down — too cautious. (That is my interpretation of her feedback, not a direct quote.)

I made a few adjustments to draft two, but left the big stuff alone for the time being. I had always intended to use a second editor, knowing that Sheila was too close to me — and to many of the anecdotes that fuelled my story — to see things through a completely objective lens. Enter Richard … a very experienced editor and writing coach who looked at Goodnight Sunshine in a completely new way.  Richard and I engaged in a passionate dialogue about story structure and character development … about removing the “scaffolding” that I had built to develop my story (and in many cases left in place) … about writing in general … and about life. I am very thankful for the lessons I learned from Richard, and consider myself a better writer for the time I spent with him.

Now finished a third complete draft, I handed my manuscript back to Sheila — who found more errors and logical glitches than I would have imagined possible. I had taken the chainsaw that Richard gave me — reducing my word count from over 110,000 to well under 80,000 — and trimmed my story like a logger would prune a fruit tree. Sheila worked hard to bandage the raw wounds I had created, and tried her best to forget parts that had been cut (so that she could recognize gaps in logic or story development). But it was a tall order, and I had become hardened by the pruning process. My book looked more like a screenplay than a novel — I had, after all, told Richard that we intended to turn Goodnight Sunshine into a movie — so I brushed off Sheila’s comments that she wished I had retained certain parts of my previous work. Now that I was becoming practiced in the art of detachment, I felt that my wife had been afflicted by the same sense of attachment that I had previously felt toward my words — toward my characters, my descriptive prose, my dialogue.

Off to the beta readers I went, both proud and vulnerable as I sent electronic copies of Goodnight Sunshine to my parents, siblings, nieces, friends … and a few people who did not know much about me, and would thus  provide a more objective view of my work. Then I waited … and waited some more … nothing. Finally, one review trickled in from a dear friend — a lovingly worded, lukewarm response that said, in so many words, that I had written a promising book … that needed more work. A second review came in … and then a third. Over a matter of months, a dozen people provided feedback — ranging from diplomatically worded congratulations (on the grand task of completing a novel) to a couple of almost rave reviews. The common message from just about everyone who read the book was: they wanted more. More character development. More introspection. More descriptive prose. A number of people even told me, in no uncertain terms, that my novel had been “over-edited”.

Over the past year, through a back-and-forth process with Sheila, I have gradually added almost 10,000 new words — even while deleting chunks of existing text — and painstakingly reviewed every passage of the book to make sure I am saying exactly what I want to say. In basic terms, I have taken ownership of my novel. What had began as a story that was entirely of my own telling — albeit a bit too raw and convoluted — had become a group effort that I didn’t entirely recognize as my own work. Through feedback from two editors and a dozen readers, not to mention my own research into the writing process, I had lost my story … and by extension my confidence as a writer. More importantly, I had sanded the edge off my passion for writing. The lack of posts on this blog is symptomatic of the “writer’s identity crisis” that I have gone through.

I am now happy to say that I feel a great deal of ownership over Goodnight Sunshine. I didn’t set out to be Hemingway, and I don’t expect praise to rain down upon me when I release my first novel into the wild. But I am an author — a novelist — and through the learning curve that I have experienced over the past three years I believe I am a far better writer than when I started this journey.

I am thankful to Richard for the lessons he taught me, and ever more appreciative of the ways in which Sheila continues to help me develop as a writer. I feel a renewed sense of confidence, and a renewed passion for letting the words flow out of me again. I recognize Goodnight Sunshine for what it is — a debut novel and a tremendous learning experience. Now that it is nearing publication, I can begin to think about my next novel … and inject some much-needed life into this blog.

One thought on “Ownership”